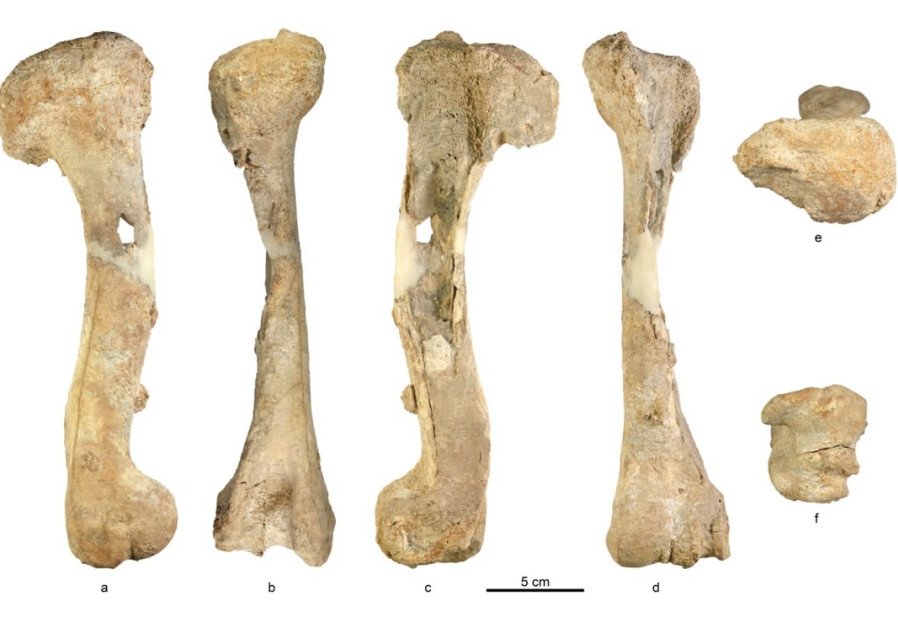 An image of the 9 million-year-old bones unearthed on the shore of the Sea of Galilee. (photo credit: COURTESY HEBREW UNIVERSITY)

November 14, 2017- In an unprecedented find, Israeli archaeologists recently unearthed the first evidence of ancient deer bones on the shores of Lake Kinneret, near the Jordan Valley.

According to researchers from the Hebrew University of Jerusalem’s Institute of Earth Sciences and the Geological Survey of Israel, the remains are approximately nine million years old.

The discovery was initially made by two doctoral candidates at the university, Alexis Rosenbaum and Dotan Shaked-Gelband, who were reconstructing the lake’s stretch to analyze the composition of its ancient waters, the university said on Monday.

“The bones were partly submerged in a coastal sediment, and it is assumed that the animal apparently died on the shore of the lake and was eroded,” the researchers said in a joint statement.

“The presence of ancient deer is not rare in groupings during the same period, but this is the first time such remains have been discovered in Israel. The reason for this apparently lies in the processes of extinction and burial.”
The researchers added that the presence of the deer is also “indicative of a rich world of terrestrial animals” known from other areas of the Levant and the Mediterranean basin.

“Moreover, the development of freshwater bodies during the Miocene Epoch (23 million to 5.3 million years ago) in the Mediterranean basin allowed for the distribution of reindeer from Asia to the West,” they noted.

The researchers said that studies of this type are of great importance in understanding recent regional climate change, as well as the development of the Mediterranean Sea.