Prof. Liebes, from the Department of Jewish Thought, awarded for his work in Kaballah and Jewish myth

Jerusalem, February 5, 2017 — Prof. Yehuda Liebes from the Hebrew University of Jerusalem was notified today that he will be awarded the Israel Prize for his work in the field of Kabbalah and Jewish mystical literature. Prof. Liebes is the Gershom Scholem Professor Emeritus Of Kabbalah in the Department of Jewish Thought in the Hebrew University’s Faculty of Humanities. 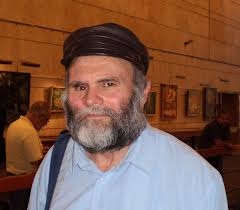 Established in 1953, the Israel Prize is considered Israel’s highest honor and is awarded to Israeli citizens or organizations that have displayed excellence in their field or contributed significantly to Israeli culture. The award will be presented at an Israel Independence Day ceremony attended by Israel’s president, prime minister, Supreme Court president and other national leaders.

In its recommendation, the Israel Prize Committee noted that Prof. Liebes is a brilliant leading researcher in the study of Jewish mystical literature. His many innovations include highlighting the role of myth and messianism as prominent forces in Jewish culture, and his research ranges across many fields, in particular all aspects of Kaballah, where he showed depth, boldness and innovation.

The Committee added that Prof. Liebes is outstanding in his vast knowledge of many cultures: the classical, the Christian and the Muslim cultures; and in his knowledge of many languages, which enriches the depth of his research. His unique contribution in the field of the Zohar and Sabbateanism has significantly changed the map of research in these fields, while he has nourished a new generation of researchers with great devotion.

Prof. Yehuda Liebes was born in Jerusalem in 1947 and has lived in the city all his life. Following his military service in the Paratroop Brigade he began his studies at the Hebrew University, where he has served as a member of the teaching staff at the Department of Jewish Thought since 1972. Many of his courses dealt with aspects of Jewish myth and Kabbalah, and above all he took upon himself the teaching of the Zohar. In his research he elucidates Jewish myth from its biblical roots through its metamorphoses in Hellenistic Judaism, in Sefer Yetzirah, in Talmudic writings and in the Kabbalah from its beginning up to modern times. He wrote extensively on the Zohar, Lurianic Kabbalah, Sabbateanism, Braslav Hasidism and the Gaon of Vilna and his disciples. In these studies he frequently sought the autobiographical element of the author encoded in his teaching, as well as the Messianic element.

Prof. Liebes studied the complex relationship between Judaism and other religions: the Hellenic religion, Christianity and Islam. He also wrote about Jewish religious poetry, and studied the theory of literary creation, based on the religious myth. His scientific work includes translation into Hebrew of religious poetry from the Greek, Latin and Arabic, and many of these translations were published with introductions and notes. Occasionally he expresses in writing his views on culture and current affairs. Over the years he was invited to lecture in various American universities, and also taught Zohar courses at the University of Chicago. He was awarded the Bialik Prize and the Scholem Prize for his research.