On the Road to Jerusalem: Scientific and scholarly foundations of modern Jerusalem. Menahem Ben-Sasson, Hebrew University 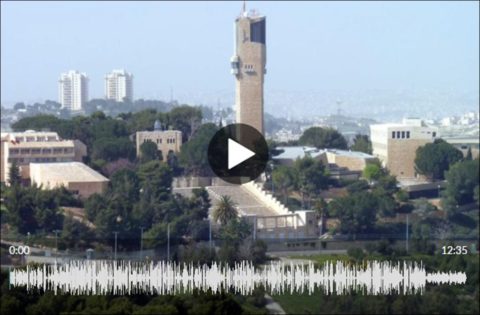 On the Road to Jerusalem: Scientific and scholarly foundations of modern Jerusalem. Menahem Ben-Sasson, Hebrew University.

The Rothberg International School features secular studies and Jewish/Israeli studies. Included for foreign students is also a mandatory Ulpan program for Hebrew language study which includes a mandatory course in Israeli culture and customs. All Rothberg Ulpan classes are taught by Israeli natives. However, many other classes at the Rothberg School are taught by Jewish immigrants to Israel.

The land on Mt. Scopus was purchased before World War I from Sir John Gray-Hill, along with the Gray-Hill mansion.[13] The master plan for the university was designed by Patrick Geddes and his son-in-law, Frank Mears in December 1919. Only three buildings of this original design were built: The Wolfson National Library, the Mathematics Institute, and the Physics Institute.[13]

Housing for students at Hebrew University who live on Mount Scopus is located at the three dormitories located near the university. These are the Maiersdorf (מאירסדורף) dormitories, the Bronfman (ברונפמן) dormitories, and the Kfar HaStudentim (כפר הסטודנטים, the students’ village).

Nearby is the Nicanor Cave, an ancient cave which was planned to be a national pantheon