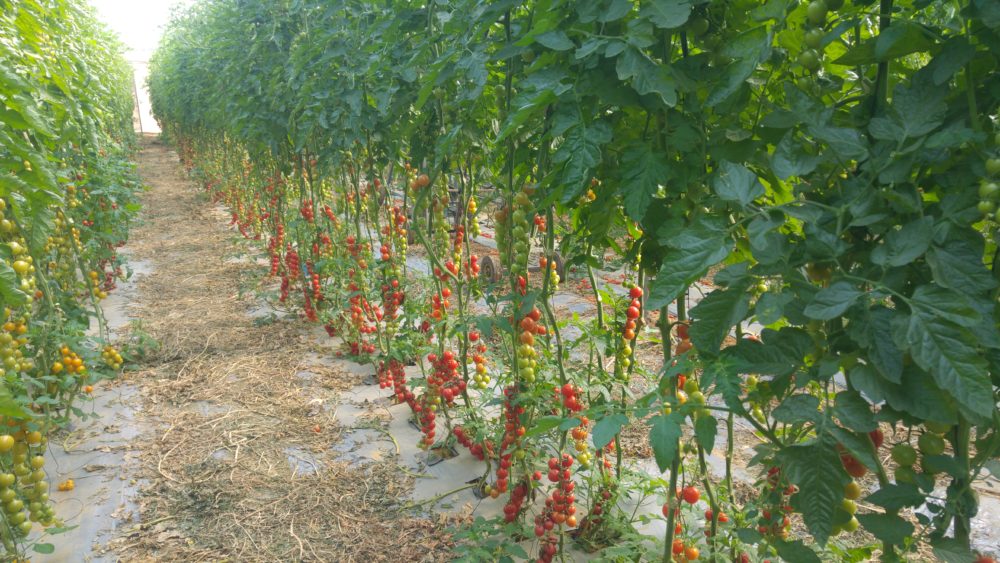 Rows of tomato plants grown by researchers at the Robert H. Smith Institute of Plant Sciences and Genetics in Agriculture at the Hebrew University of Jerusalem (courtesy: Itay Zemach)

Now, after a decade of research, a global team of scientists from the U.S., Israel, China and Spain have identified the flavor components that contribute to the delicious taste of tomatoes, and the genes that code for the tomatoes’ flavor-enhancing chemicals. The study, published in the journal Science (http://science.sciencemag.org/content/355/6323/391), has made it possible to produce tomatoes with their good old flavor, alongside other traits that make them attractive to consumers and longer-lasting for shipment around the world. 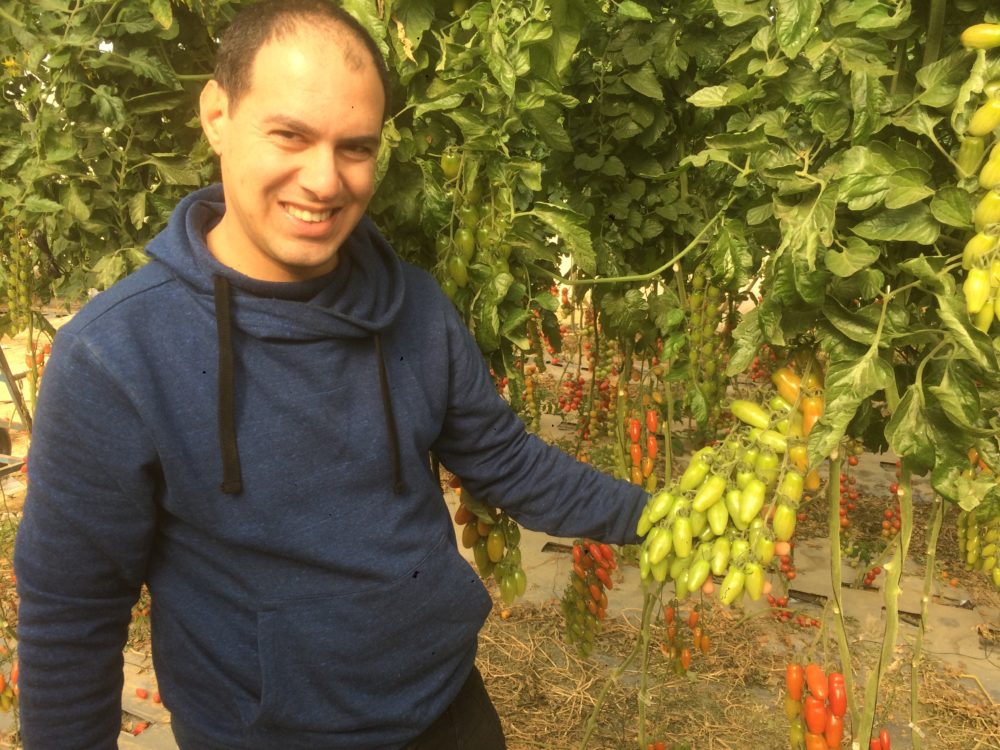 Ph.D. student Itay Zemach holding a tomato cluster of an elongated cherry variety he bred that is rich in flavor, unique in color and shape and has high yield (courtesy: Amit Koch)

To start the research, the Faculty of Agriculture of the Hebrew University of Jerusalem has contributed 398 tomato varieties from the laboratory of Prof. Dani Zamir at the Institute of Plant Sciences and Genetics in Agriculture. “The varieties, including modern, heirloom and wild relatives of the cultivated tomatoes, were chosen from a collection of some 8,000 tomato that we keep in a seed bank at the lab,” said doctoral student Itay Zemach from Prof. Zamir’s lab.

Tomato fruit samples, grown in Israel, were sent to all participating research groups, each identifying different components: In Israel the doctoral student Josef Fisher measured and analyzed the sugar content, the weight and other morphological characteristics of the tomatoes, such as size and color; in Spain researchers checked for volatile compounds responsible for tomato aroma; in the U.S. researchers conducted a taste test to rate the tomato varieties according to their flavor and other traits; and in China researchers sequenced and analyzed the genomes of the various varieties.

Through analysis of the chemistry of the tomatoes, researchers identified 13 compounds associated with good flavor. They realized that modern tomatoes lack sufficient sugars and volatile chemicals critical to better flavor.

Those factors have been lost during the past 50 years because breeders preferred to put their focus on other traits, most of which negatively correlated to flavor, researchers said.

“The research showed a positive correlation between sugar level and taste in the tomato varieties we’ve examined. Tasters ranked varieties with high sugar levels as more delicious, and the gene screening showed that the main gene that differs in flavor-enhanced tomatoes is the one that increase the sugar level,” explained Zemach.

To study how to enhance the flavor in modern tomatoes, they studied “alleles” – the versions of DNA that give a tomato gene its specific traits. Through a genome-wide association study, researchers identified the locations of the good alleles in the tomato genome, those that allow the production of compounds that contribute to tastier tomatoes. After mapping genes that control synthesis of all the important chemicals, they used genetic analysis to replace bad alleles in modern tomato varieties with the good alleles.

“We identified the important factors that have been lost and showed how to move them back into the modern types of tomatoes,” said Prof. Harry Klee from the University of Florida’s Institute of Food and Agricultural Sciences, who led the international study, stressing that this technique involves classical genetics, not genetic modification. “We’re just fixing what has been damaged over the last half century to push them back to where they were a century ago, taste-wise. We can make the supermarket tomato taste noticeably better.”

Some of these research results were already implemented in the breeding programs of Prof. Dani Zamir’s lab. “After testing the varieties at Zamir’s lab, it’s looking possible to breed for tastier tomatoes with other excellent quality characteristics,” said Zemach.