The following is based on an article translated from Ynet on December 4, 2017.

Ofek Arieli, a student in the military doctors’ training course at the Hebrew University and the Medical Corps, was chosen as the outstanding cadet in an international course of military medicine in the United States.
“To help soldiers is my mission,” Arieli said after winning the prize.

Ofek Arieli (23), studies in the ‘Tsameret’, military medicine track at the Hebrew University of Jerusalem. He was elected as the 2017 International Student of the United States’ Uniformed Services University of the Health Sciences in Maryland. Arieli received an honorable mention from dozens of cadets from around the world who passed the prestigious course. “I came to immerse myself, to learn and to make the most of the course,” Arieli said after his selection.

Arieli is a sixth year student in the military medicine training program. He was born and raised in MaccabimReut, and says that as a child he never dreamed of becoming a doctor. “Before the army, I suffered stress fractures, and I found myself traveling to visit many doctors, each of whom offered different treatments,” he explains.

After graduating from high school, Arieli was accepted to the prestigious Tzameret track of the Hebrew University and the Medical Corps. Last month he flew with two other Israeli students for a five-week course at the US Army Medical School. 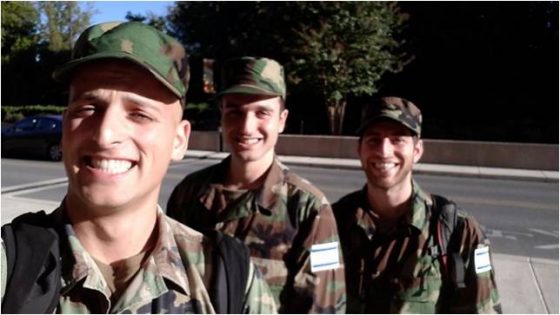 Students from Germany, Japan, Britain, Mexico and other countries took part in the course. “The program is divided into three parts,” Arieli explains, “The first part is theoretical trauma medicine, the second part is a rotation in the military clinics, and the last part is a week of simulation in which a war is simulated, using pyrotechnics and makeup to accurately simulate a war situation. “Even though we knew it was a simulation, I took it very seriously.” 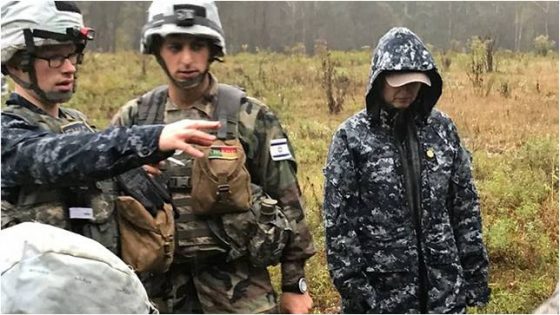 Arieli adds that the training undergone by military doctors at the American university is very different from training in Israel: “The great distance between the war front and the United States dictates completely different methods … The way Americans evacuate wounded people and treat them on the ground is very different from ours, we have an advantage because our fronts are a lot closer to hospitals and central medical services.”

The Tzameret course for the training of military doctors is seven years old and has 70 participants per class. In addition to medical studies, students participate in courses in military medicine such as aviation medicine, marine medicine, military psychiatry, and more. At the end of the program, the students receive a medical degree from the Hebrew University. During the program, they also complete basic training, a paramedics course, and an officers’ course. The medical officer’s course is completed with an internship.

“The Tzameret program is very different from the medical reserve track that was used in the army in the past,” explains Arieli. “All the students study together and live in the dormitories. Later the students also go through basic training and an officers’ course. We create very special friendships. ”

Arieli says that “I enjoy studying with soldiers, they are closer to me in their age and way of life, and we have a common language, which is tremendously satisfying when problem solving.” A soldier enters the clinic with a problem and leaves without it. This is what I am looking forward to in the profession – the ability to help people and restore them to a healthy state.