A cocktail party was held in his honour at the Royal Perth Golf Club, on 14 August.
In welcoming the many guests to the function, the WA President of the Friends of the Hebrew University, Dr Peter Winterton, said “The HUJ depends, since its inception in 1925 in the presence of Prof Dr Einstein, on the support from the diaspora. Marshaling this support relies on the integrity, humility, humanity and honesty of people like Stuart, who has so tirelessly given of his time and energy in supporting the vision of the Founding Fathers of the HUJ, education for all, irrespective of race and religion, in the home of the Jewish People.” Dr Winterton conveyed a message of congratulations from the Federal President of the Friends of the HUJ, Robert Simons OAM, and a special contribution by his brother Lindsay in his honour.

Stuart, in the presence of many family members and friends, replied by reading the acceptance speech that he had delivered in Jerusalem some ten weeks earlier (plus some humorous additions). Stuart acknowledged that the HUJ is one of many organizations looking for support from the diaspora. Members of the community should, if possible, choose one organization and give it special support. He had chosen the Friends of the HUJ because it allowed him to achieve many of his ideals and aspirations for the Jewish People, not only in Israel but also in the diaspora. He stressed the importance of the recently established scholarship between the University of Western Australia and HUJ, which aims to support students going both ways with funds, administered by UWA. Donations to this fund are tax-deductible.

Dr Winterton reminded the audience of the forthcoming visit of the Jerusalem Quartet on September 13that the Perth Concert Hall. Furthermore he announced the Federal AGM of the Friends of HUJ will be held in Perth this year on 6th November. The evening before the Jewish community is invited to attend a gala dinner on Saturday 5th November.

Photos from the cocktail party at the Royal Perth Golf Club, on 14th August : 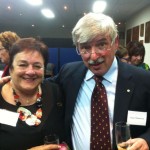 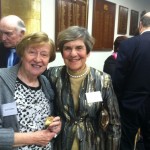 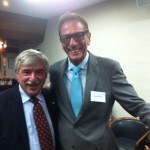 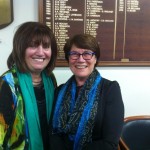 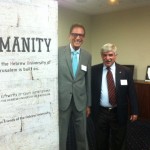 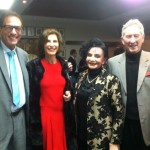 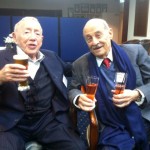 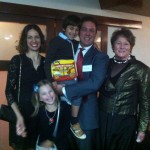 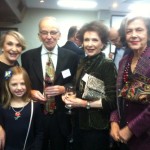