A cocktail evening was held at the beautiful home of Air and Li Pizmoni.  Included was a tribute to past AustFHU-Vic Board members.
The event was attended by 40 guests, amongst whom were John Shalit, past President of the Vic Friends between 2006-2012 and his wife Monica, Larry Gandler, past President between 2012-2015 and Ricky Fink, past Vice President for over ten years before 2015, and his wife Naomi.

Ambassador Gal spoke of developments in European Jewry, the effects of the spread of Islam in Europe and of course, The Hebrew University. 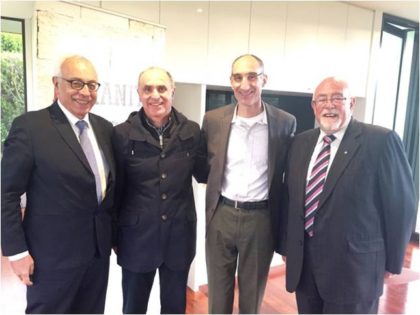 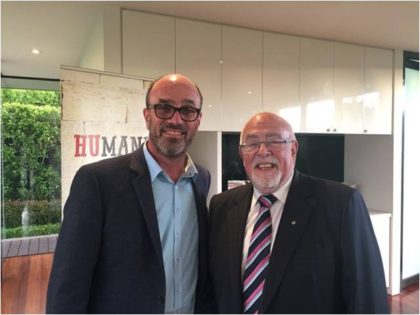 From left: Ricky Fink and Grahame Leonard AM 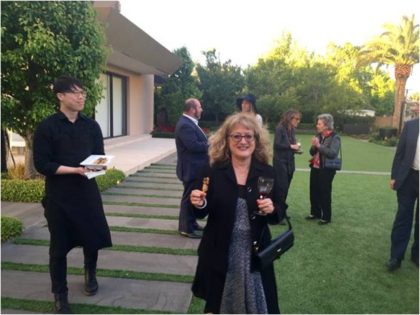