The Australian of the Friends of the Hebrew University, WA Division, held their third annual Kosher Canines event on Sunday 28th May 2017. There was perfect weather for the occasion and it was great to see so many happy canines and children running around in the autumnal sun enjoying themselves.
Yael Jacobson, the public relations officer, arranged the event in the gardens of the Jewish Centre and Stephen from Splash Hounds did a wonderful job washing the dogs.

The judges, Dr Peter Winterton and Veterinarian,Dr Meg Braunstein,were faced with the daunting task of selecting prizewinners from the selection of canines that attended.
The event, which has grown in attendance over the last two years , did allow those present to get to know each other and of course allow their canines to do the same. Gus, a black Cavoodle, won the prize of the blackest dog.Ollie an Australian terrier was well deserving of his prize as the most handsome dog, while Indie, a Dachshund dressed with ladybird wings was the prettiest. Bella, a Schitzu-Pomerainian, was the best kisser of the day. Sissal and Gretel, Schnauzers, were awarded the prize for the best matched pair while Missy; a Jack-Russel++was the dog with the waggiest tail.Pudding and Munchkin were joint winners of the shaggiest dog prize. Scout was the dog with the best smile, while Honey’senthusiasm in controlling her playful spoodleBuddywon her the prize of being the best child handler of a dog. Kerrywon the prize for most looking like his owner.
The event was arranged with fun as the key element for the day, and there was certainly plenty of that. 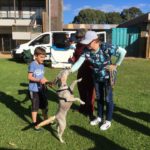 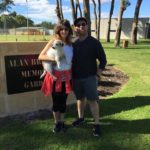 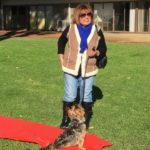 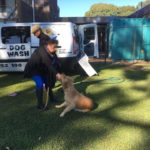 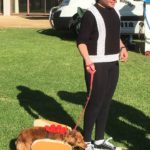 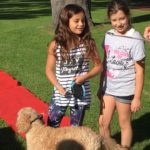 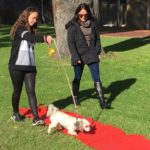 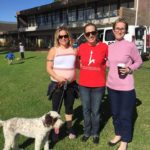 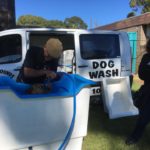 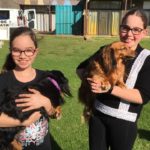 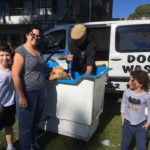 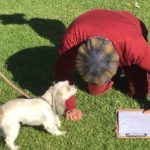 Peter Winterton getting a kiss from Bella 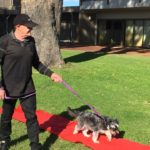 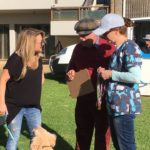