Beyond Survival- A Holocaust Memoir by Kenneth Arkwright

Ken Arkwright’s Beyond Survival was given its West Australian launch at Temple David Function Center on Sunday 21st October 2018. The event was co-hosted by the West Australian Friends of the HUJ and the Temple David congregation. Ken and his wife Judy were founders of the Temple David Community. Ken, a Holocaust survivor, related at the launch that he witnessed the destruction of the Synagogue in his home city of Breslau on 9th November 1938, Kristallnacht. Inspired by the optimism of the then rabbi of Breslau, Dr Reinhold Lewin, Ken had decided to rebuild a Jewish community and this he had been instrumental in doing almost 70 years ago in Perth. Dr Peter Winterton, the President of the West Australian Friends of the HUJ, launched Beyond Survival. In his opening address Dr Winterton spoke of Ken’s enduring hope in the face of all adversity and Ken’s ability to seize the moment as two core values that shone from the pages of Ken’s memoirs, Beyond Survival.
Ken related that a key inspiration for him in putting his memoirs to print had been the fact that so many of his childhood friends had perished without trace in the Holocaust and that with his death these names will be lost to mists of time. Ken felt it was his duty to give the faces, as recorded in a surviving photo of the Breslau Jewish School, a name. This he has achieved with passion, precision, poignancy and historical flair on the pages of his memoirs. Ken acknowledged the contribution of his wife Judy in writing his memoirs saying, “Judy edited out all the useless information.”
Some 200 friends attended the launching of Beyond Survival. After the launch Ken was kept busy autographing more than 250 copies of his book, which was sold out. The large group of friends was treated to a convivial warm-hearted afternoon tea. The function would not have been possible without the hard work and effort of Yael Jacobson, the public relations officer of the WAFHUJ and the co-operation of Rabbi Adi Cohen and many members of the Temple David Community.
Beyond Survival, has appeared in German and is obligatory reading for all high school students in Germany. The same should happen in Western Australia . This book is one man’s hope, luck and sheer chutzpah in the face of overwhelming peril to survive all adversity. It is inspirational.

Dr Peter Winterton AM
President of the WAFHUJ 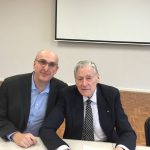 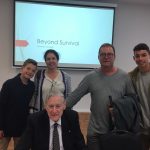 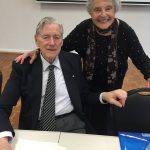 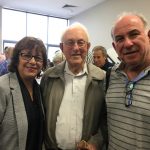 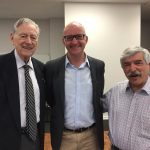 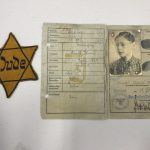 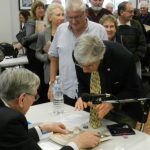