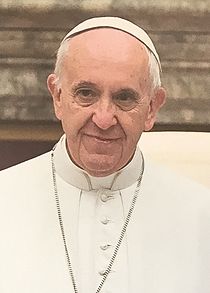 From Vatican City to Jerusalem: Pope Francis and Hebrew University’s Truman Institute to Gather World Youth, Educators and Religious Leaders for Peacebuilding and Encounter in Jerusalem on July 2-5

Accredited media can attend the Congress; interviews are available with Vatican and Hebrew University organizers and participating students

Next week — from Sunday, July 2 to Wednesday, July 5 — a unique gathering of educators, religious leaders and students from around the world will take place in Jerusalem, at a congress co-organized by the Vatican and the Harry S. Truman Research Institute for the Advancement of Peace, at the Hebrew University of Jerusalem.

Pope Francis is sponsoring the Congress and emphasized the high importance of holding this project in Jerusalem. With this gathering, the Hebrew University of Jerusalem and Scholas Occurentes, an international educational Pope Francis founded as Archbishop of Buenos Aires, answer his call to create a culture of encounter among youth, applying the wisdom of the University, with the foundation’s intuition and expertise. On February 7, Pope Francis met with leaders of Scholas and the Hebrew University and said: “Religion can bring us together and teach us to create the bonds of friendship. With the intuition of Scholas and the intelligence and history of the Hebrew University, I am sure that this will produce great changes in the world.” For more background on these events, please see http://new.huji.ac.il/en/article/33423.

Within the framework of this gathering, two major events will occur simultaneously: a meeting of academics, scientists and religious leaders from around the world, and an interfaith youth encounter for the advancement of peace. The parallel tracks are titled “Scholas Chairs International Congress 2017: Between University and School – Peacebuilding through Culture of Encounter” and “Interreligious Citizenship Encounter”.

The gathering will bring together educators and religious leaders from around the world, along with youth from the three Abrahamic faiths, totaling over 150 people including representatives from Africa, Latin America, Europe, and North America.

Youth from Spain, Mexico, Argentina, Kenya, Burundi, Congo, and Brazil, among others, as well as Palestinian and Israeli students, will be among the 75 youth who will learn, play and live together as they engage with the academic world about their problems, dreams, and challenges and explore how to create a culture of peacebuilding through encounter.

Detailed event information on the July 2-5 gathering can be found at http://bit.ly/huvatican1 and http://bit.ly/huvatican2. Accredited media can request to attend the opening ceremony, on Sunday, July 2 at 10:30 a.m.; the closing ceremony, on Wednesday, July 7 at 4:30 p.m.; and all four days of the Congress at the Hebrew University’s Mount Scopus campus.