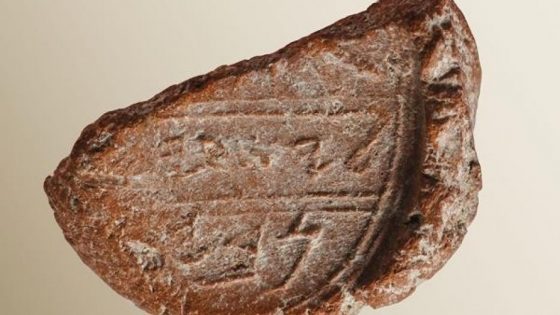 Archaeologists in Israel say that they have found a clay seal mark that may bear the signature of the Biblical Prophet Isaiah.

The 2,700-year-old stamped clay artifact was found during an excavation at the foot of the southern wall of Jerusalem’s Temple Mount. In ancient times a seal stamp, or bulla, was used to authenticate documents or items.

“We found the eighth-century B.C.E. seal mark that may have been made by the prophet Isaiah himself only 10 feet away from where we earlier discovered the highly-publicized bulla of King Hezekiah of Judah,” said Dr. Eilat Mazar of the Hebrew University in Jerusalem, in a statement.

Dr. Mazar led the team that the found the seal mark linked to the Biblical prophet. The artifact was found among undisturbed Iron Age remains outside an ancient royal bakery.
The half-inch wide oval-shaped piece of clay is inscribed with the name Yesha’yah[u] (Isaiah) in ancient Hebrew script. This is followed by the word nvy, the end of which is slightly damaged. As a result, experts do not know whether the word ended with the Hebrew letter aleph. That letter “would have resulted in the Hebrew word for ‘prophet’ and would have definitively identified the seal as the signature of the prophet Isaiah,” explained Dr. Mazar. “The absence of this final letter, however, requires that we leave open the possibility that it could just be the name Navi.”

“The name of Isaiah, however, is clear,” she added. 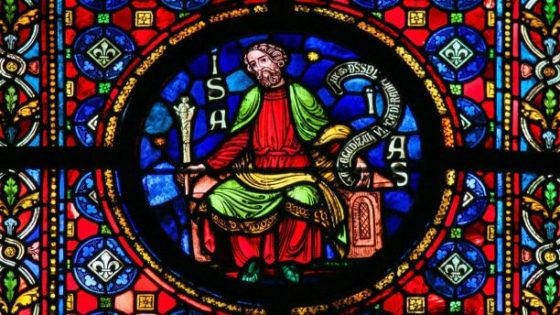 Isaiah’s close relationship with King Hezekiah is described in the Bible’s Second Book of Kings.

The seal mark is just the latest fascinating archaeological in Israel. Earlier this month, for example, experts revealed that they had uncovered a rare multicolored Roman mosaic featuring three toga-wearing figures during excavations in the ancient city of Caesarea.

In January, archaeologists announced the discovery of a large 1,500-year-old pool and elaborate fountain at the site of an ancient church near Jerusalem.

Other finds include the skeleton of a pregnant woman, dating back 3,200 years, in Israel’s Timna Valley, at a place once called King Solomon’s Mines.

In October 2017, archaeologists in Jerusalem announced that they have uncovered a new section of the Western Wall that has been hidden for 1,700 years.

Also in 2017 an ancient Greek inscription was found on a 1,500-year-old mosaic floor near the Damascus Gate in the Old City of Jerusalem.

Some experts also believe they have found the lost Roman city of Julias, formerly the village of Bethsaida, which was the home of Jesus’ apostles Peter, Andrew and Philip.

A paper describing the discovery of the ancient seal that may be linked to the Prophet Isaiah has been published in the Biblical Archaeology Review.

Dr. Yehuda Pollak is on the faculty of the Seymour Fox School of Education. His research focuses on ADHD, decision-making, […]

Read More
Caring for Those Who Care for Others: Migrant Care Workers during the Pandemic

Jordan Hannink Attal recently graduated from the International Master of Public Health program. Her graduate research and thesis focused on […]

“Great breakthroughs can be neither planned nor predicted, and I’m working hard to be prepared for luck.” Professor Gershon Golomb […]