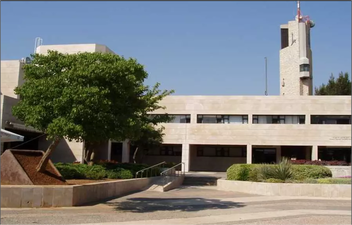 The prize committee wrote that Prof. Lubotzky is one of the world’s leading researchers in group theory.

Prof. Alex Lubotzky of the Hebrew University of Jerusalem will be awarded the Israel Prize for research in mathematics and computer science, the Education Ministry announced on Monday.

Education Minister Naftali Bennett approved the recommendation of the prize committee, headed by Prof. Ofer Zeitouni.
In its decision, the prize committee wrote that Prof. Lubotzky is one of the world’s leading researchers in group theory.

“His research is spread across all parts of this theory: finite groups, infinite, topological groups, algebraic, arithmetic, and more.

Lubotzky solved a distinguished amount of important open problems and his various works opened new avenues of research that attracted many researchers,” the committee said adding that his work has “influenced many fields in mathematics and computer science, especially in the area of expansion graphs and their applications.”