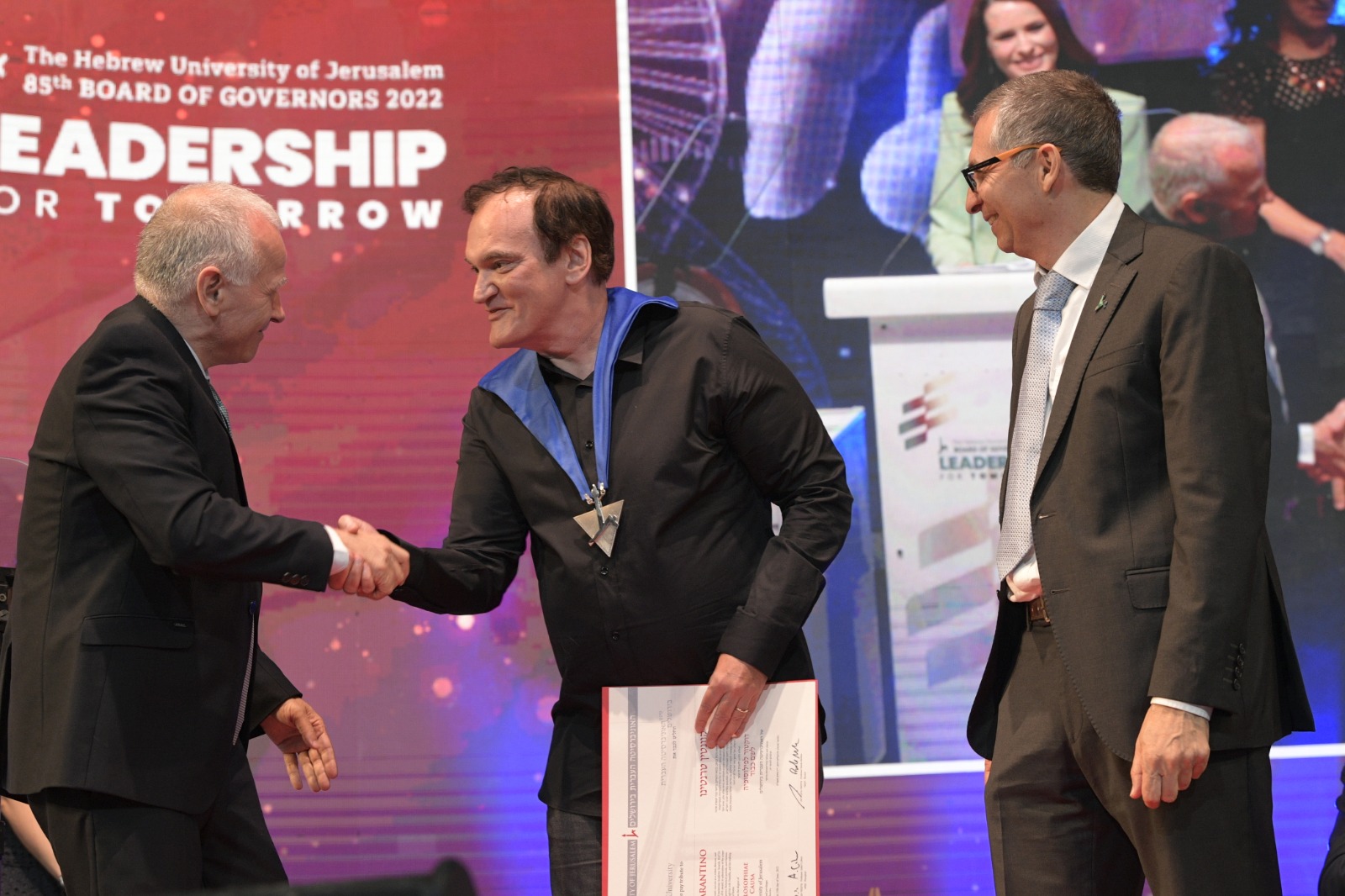 “DR. QUENTIN TARANTINO”—HAS A NICE RING TO IT, NO?

(Jerusalem, June 13, 2022)—Filmmaker Quentin Tarantino received an honorary degree–“Doctor Philosophiae Honoris Causa”–from the Hebrew University of Jerusalem (HU) at a festive ceremony during the 85th Board of Governors (BOG) meeting.

Tarantino was cited, “In recognition of his critically acclaimed cinematic success as a writer, director, and actor; honoring his ten blockbuster movies and numerous Academy Awards, BAFTA Awards, Golden Globe Awards, and the Palme d’Or award; in admiration of the scope of his artistic vision, creating films that span genres, historical periods, and themes; and in tribute to his strong ties to Israel through his wife Daniella, and for making Israel his second home”.

The Hebrew University awards honorary degrees to persons who have distinguished themselves by academic or creative achievement, who have rendered outstanding service to the University, or whose activities have been of notable benefit to humanity, the State of Israel, or the Jewish people. The 2022 honorees received their degrees alongside 287 HU PhD students.

As Professor Asher Cohen, President of HU, noted, “Leaders inspire. They show us the way forward and light up the path for those who follow. Our honorees are all driven by a pioneering spirit and a deep sense of mission, whether in the field of academia, business, civic service or philanthropy, and their contributions are boundless.” The BOG provides international participants an insider’s view of Jerusalem’s up and coming leaders, with a special focus on pioneering women, computational medicine, digital innovation, and climate science.

To cap the festivities, a cornerstone was laid for the new Andres Cohen Deloro Computational Medicine Building at HU’s Ein Kerem Campus. As Dina Ben Yehuda, dean of HU’s Faculty of Medicine shared, “This building will train the next generation of scientists and clinicians to be ‘fluent’ not only in human health, but in the computational tools which can be used to advance health and wellbeing.” In addition, the new Asper-HUJI Innovate building was dedicated at HU’s Edmond J. Safra Campus, bringing Israel’s medicine and entrepreneurial mindset into the next century. 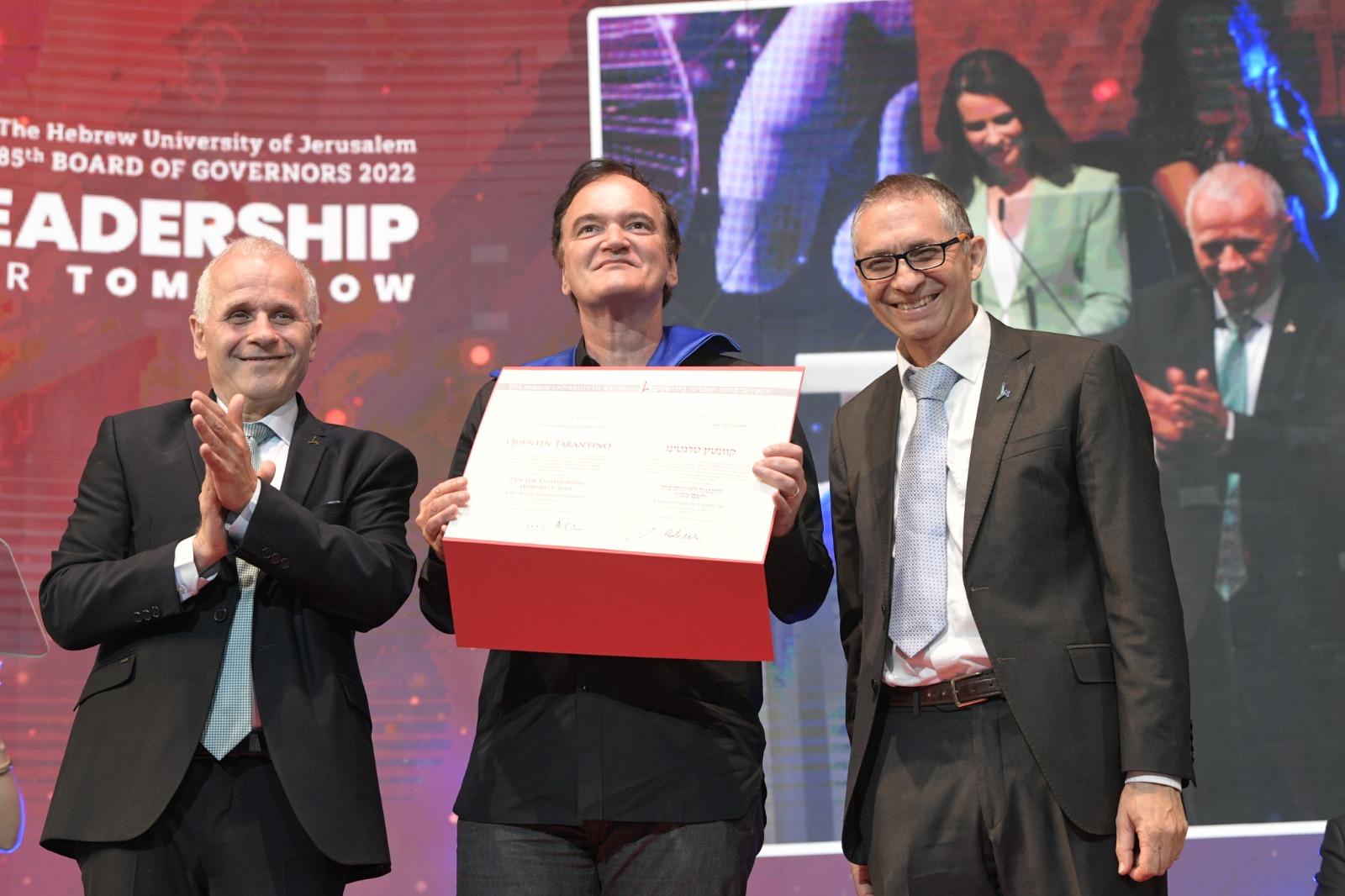