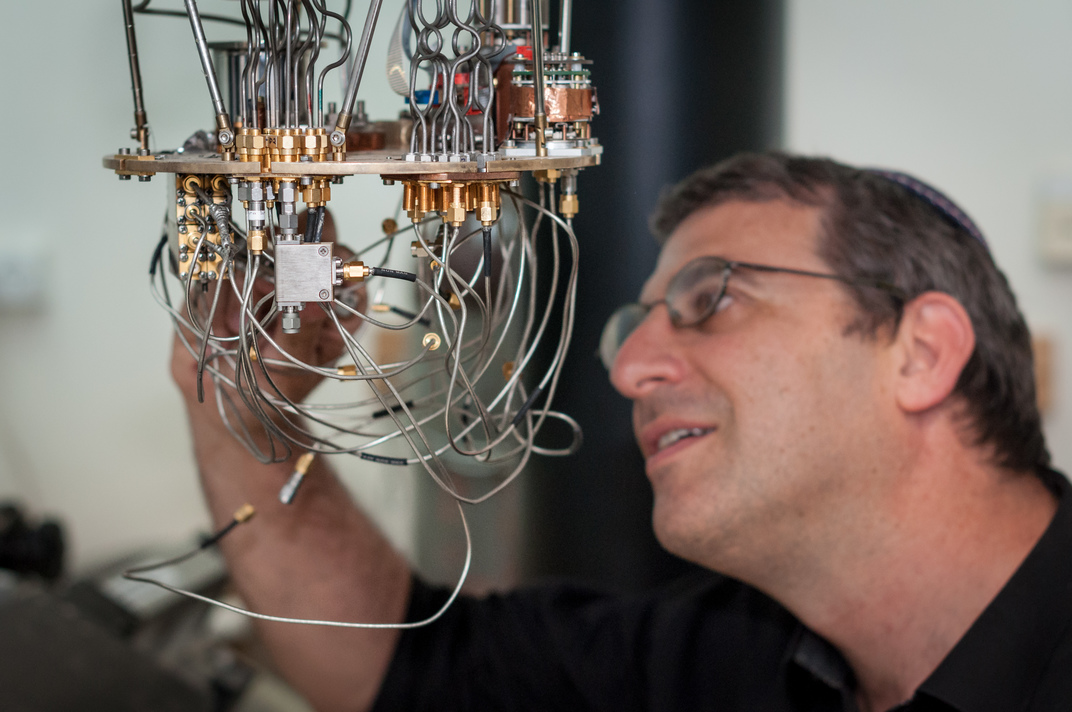 Jerusalem — June 11, 2017 — The Quantum Information Science Center at the Hebrew University of Jerusalem has won a NIS 7.5 million tender from the Government of Israel to lead the construction of a national demonstrator for quantum communications technologies.

The goal of this project is to develop homegrown Israeli expertise and technology for a national quantum communications system that will prevent eavesdropping, protect data privacy and secure national infrastructure.

Prof. Nadav Katz, director of the Quantum Information Science Center, and a researcher at the Hebrew University’s Racah Institute of Physics, said: “This project to build a national quantum communications system will position Israel in the leading edge of research toward ultimately secured communication systems. With support from the Government of Israel and in cooperation with our research partners, this is the first Israeli national project in the emerging field of quantum information technologies.”

Quantum information research is one of the hottest areas in 21st century science, promising dramatic improvements in computation speed and secure communication. Based on the inherent wave-like nature of matter and light, it will lead to massive leaps forward in our ability to fabricate, control, measure and understand advanced structures.

To help drive this field forward, in 2013 the Hebrew University founded the Quantum Information Science Center (QISC) and recruited an interdisciplinary team of over 20 researchers from physics, computer science, mathematics, chemistry, philosophy and engineering. Representing the vanguard of Israel’s quantum researchers, this group is advancing our understanding of quantum information science and the development of quantum technologies.

As part of this project, researchers will build a communication system at the Hebrew University’s laboratories based on single photons representing quantum bits. Quantum bits make it possible to perform calculations in new ways that are not possible in current communications systems or even supercomputers.

Current methods of encrypting data are increasingly vulnerable to attack as the increased power of quantum computing comes online. Quantum communication systems use the laws of physics to secure data and are therefore resistant to attack.

The NIS 7.5 million contract was awarded by the Ministry of Defense, which is tasked with developing a secure communications infrastructure to improve privacy and secure national infrastructure. Also participating in the project are Rafael Advanced Defense Systems Ltd. and Opsys technologies, and an additional researcher from Tel Aviv University.

About the Quantum Information Science Center:
The Quantum Information Science Center (QISC) of the Hebrew University is a unique center for investigating both fundamental and applied science of quantum information. Its mission is to understand how quantum systems can be controlled and isolated to reach goals of communication, sensing, simulation and computation beyond the state of the art of any classical system. Bringing together diverse disciplines and methodologies, the Center has revolutionized many aspects of the field, including quantum computing threshold and security theorems, quantum control and thermodynamics, and many exciting experimental implementations such as optical, diamond vacancies, superconducting and more. For more information, please visit http://qcent.huji.ac.il/.