HU Prof. on Eurovision: It’s Kitsch and Corny and Israelis Love It!

Originally appeared in The Times of Israel by Jessica Steinberg.

A panel of Eurovision experts weigh in on the historical ramifications of the annual song contest for Israeli fans. 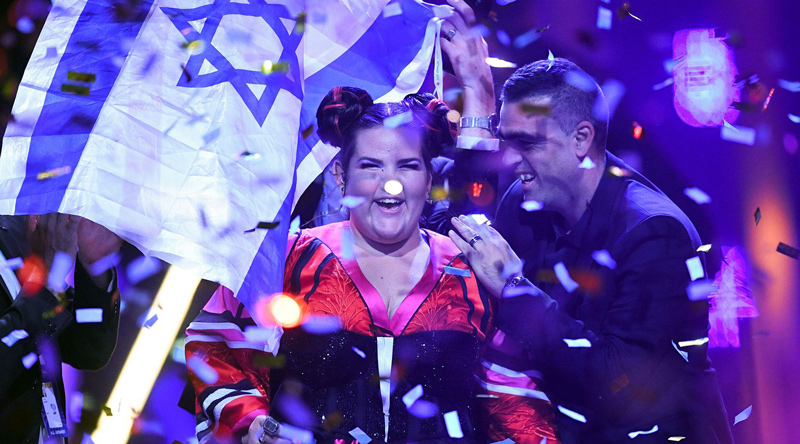 When it comes to kitschy, corny music contests, Eurovision is the queen of the bunch, nearly as popular as the World Cup, given that it’s often as cringe-worthy as an elementary school play.

Yet Israelis have a deep, abiding affection for this 56-year-old song festival, a near obsession that reached an all-time high with Netta Barzilai’s winning performance of “Toy” last year, and the subsequent hosting of the event in Tel Aviv next week.

So what is it about this pop music festival that has captured the Israeli imagination?

It’s all about being part of the “in” crowd, according to more than one Eurovision expert.

The Eurovision Song Contest offers Israel, generally the least popular country among the nations, the opportunity to be one of the popular kids, at least for the week of the competition. 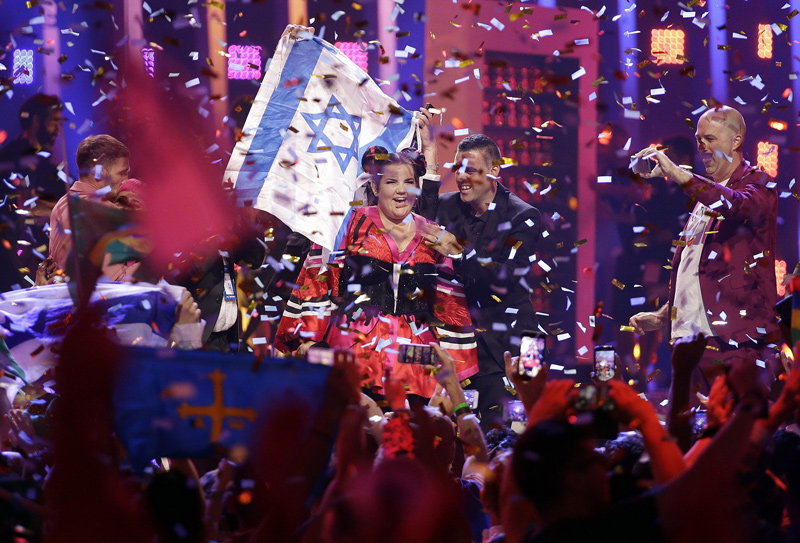 “We have this anxiety about being isolated, and this desire to be seen as part of the international community, to be the fun, liberal, cosmopolitan state,” said Galia Press-Barnatan, an assistant professor of international relations at Hebrew University of Jerusalem. “We want to be part of something, and Eurovision was one of the first significant international cultural events that Israel took part in.”

Israel’s first Eurovision was in 1973, just 13 years after the first Eurovision took place in 1956. It was based on Italy’s Sanremo Music Festival, and just seven countries participated that first year, including Belgium, France, Germany, Italy, Luxembourg, Netherlands and Switzerland. They were joined by Austria, Denmark and the United Kingdom the following year.

The Eastern European countries only began joining in 1993, after the 1991 fall of the Iron Curtain. But for Israel in the 1970s and 1980s, the Eurovision Song Contest was an annual tradition, a significant event on the yearly calendar. 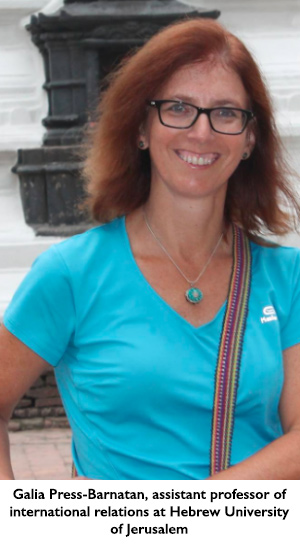 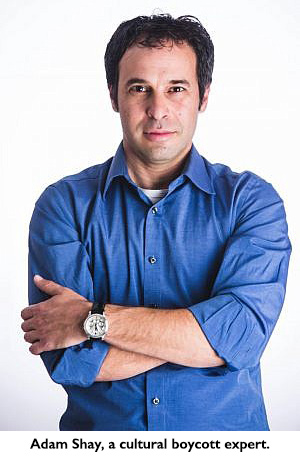 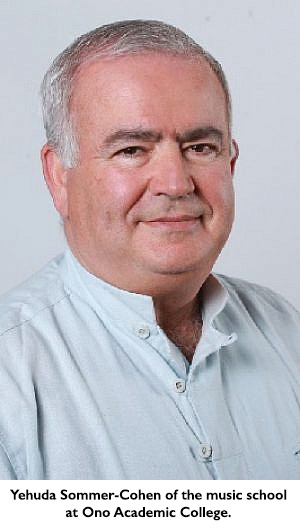 “For a few generations of Israelis, Eurovision is part of their DNA,” said Press-Barnatan.

It’s a kind of ritual, she added, one that was almost institutionalized in the 1970s and 1980s, when there was only one television channel to watch, and everyone regularly gathered around the living room TV set.

In the mid-1970s, Israel was something of an “island,” said Adam Shay, a cultural boycott expert for the Jerusalem Center for Public Affairs.

In 1978, Israel won Eurovision with “A-Ba-Ni-Bi,” then scored the silver at the European League basketball championship in 1979, and just five months later, won Eurovision again with “Hallelujah,” said Shay.

“This tiny country, which was used to having very little positive contact with the outside world, won Eurovision without being part of Europe,” said Shay. “The overwhelming majority of cultural cooperation and understanding in Israel of what was going on in Europe had been coming from flight attendants. Suddenly Israel is inside a network that is 100% European and we’re winning.”

Of course, the song contest was never the height of musical experiences, commented Yehuda Sommer-Cohen, dean and headmaster at Ono Academic College’s Wohl School of Music.

“The idea is to create hits, the least complicated, the kitschiest, the kinds of songs you can sing two minutes after first hearing them,” said Sommer-Cohen. “It’s not about something personal or sending a message.”

For Israel, however, said Sommer-Cohen, Eurovision offers an opportunity to broadcast its hits and singles to Europe, offering a chance to access a market that’s often tough to reach, from the small confines of the Israeli market.

Israelis also love the competitive aspect of Eurovision, said Daniel Dunkelman, a local Eurovision analyst and blogger. The song contest offers the classic combination of a musical competition, providing Israelis with music, singing and a platform to feel that they’re part of something more international.

And during this competition, “we can pick on the Europeans for everything they’ve done to us,” said Dunkelman. “If we win, we win over the Europeans. We can stick it to them at their own game. It’s escapism for us, given our own tense reality.”

Of course, there are always debates about whether Eurovision is, actually, a political event. Its organizers, the European Broadcasting Union, stand firm on the notion that the contest is not political in nature. It was a message that bore repetition last week, as the performing delegations began arriving in Israel amid nearly non-stop rocket fire from the Gaza Strip last weekend, killing four Israelis.

Early last week, the EBU sent out the following statement: “Over the past 21 years the Eurovision Song Contest has taken place in 17 different countries, some with specific challenges. However, our values of diversity, universality and inclusivity, are what strengthen the Contest every year. This friendly competition unites audiences like no other cultural event which is reflected in our global reach of nearly 200 million viewers.”

“Because of those values this unique, non-political, entertainment event, powered by public service media, is still thriving well into its 7th decade, and we are sure it will continue to thrive for many years to come.”

And yet, said Barnatan, the international relations expert, “it’s a political event.”

This year, culture minister Miri Regev wanted to host the Eurovision in Jerusalem after Barzilai’s win last year, particularly after the city was recognized as Israel’s capital by US President Donald Trump in December 2017, but the EBU “basically said no,” to holding the song contest in Jerusalem, said Barnatan.

“It wasn’t an issue to hold it in Jerusalem 40 years ago, in the non-capital of Jerusalem, and this year, it was a non-starter,” said Barnatan, referring to when Israel hosted the 1979 Eurovision in Jerusalem, after winning the 1978 contest with “A-Ba-Ni-Bi.” “Even the Netanyahu government with Regev” — referring to the current right-wing government — “had to surrender to having it held in Tel Aviv.”

At the same time, said Barnatan, there’s an element of spite in the Eurovision story.

Despite all the criticism of Israel worldwide, and Israel’s lack of warm international friendships, the country has still won the Eurovision four times, and gets to host the song contest, again. It even scored a performance from American pop icon Madonna at this year’s competition, despite the fact that North America has never participated in this very European event.

Eurovision offers a form of escapism for Israelis, said Dunkelman, a chance to set aside all the problems the country has and to be part of something bigger. It’s Israel that’s being represented, not just the singers, like this year’s Kobi Merimi or last year’s Netta Barzilai.

Daniel Dunkelman, a Eurovision analyst and blogger. (Courtesy Daniel Dunkelman)
“We are an uber national society, which is okay,” said Dunkelman, “and the Eurovision is a platform for Israelis to present themselves on the European stage. It’s a sign of soft strength, and if they vote for us, the Israelis, it’s recognition.”

In fact, Israel’s achievements in this upcoming Eurovision have already been noted, said Dunkelman. Israel won the 2018 contest, including winning last year’s popular vote portion, and will have seven and a half hours of prime time television in Europe, “pumping Israel into 200 million screens in Europe,’ he said.

The contest shows that Israel is worthwhile and that it can be one of the big shots, said Sommer-Cohn.

“While we’re known as those who make trouble in Palestine and Gaza, we show that we can be first place, we can win and send out our music to the world,” said Sommer-Cohen.

“Maybe we are small, but we have ambition and pride in our culture,” said Dunkelman. “We have an opportunity to be happy, to forget all the craziness of the last year. It’s time to be happy and be unified.”