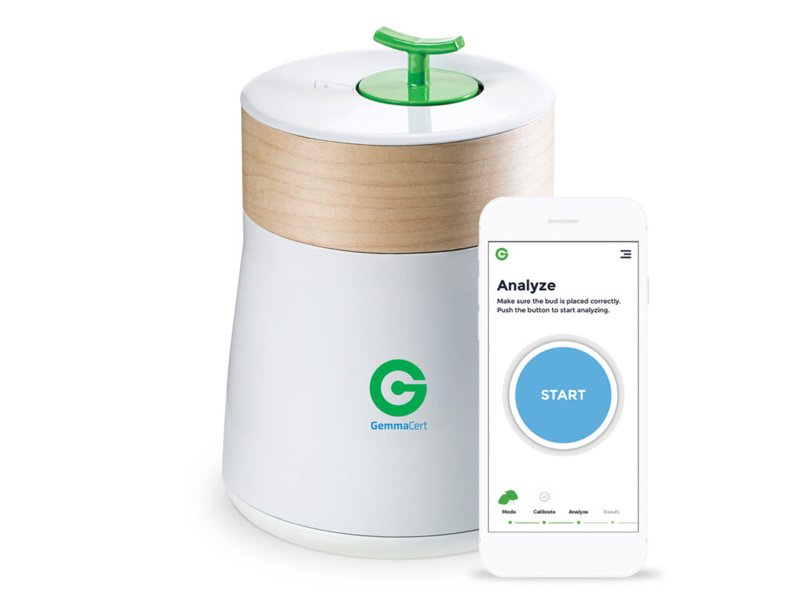 Do you know what’s in your cannabis? A new industry report suggests that demand for high-quality cannabis is expected to jump significantly due to shifting opinions, increased moves towards legalization and decriminalization globally, and new market opportunities in the recreational and medical sectors.

According to a Frost & Sullivan report released last month, the global market for legal cannabis is estimated at about $15-17 billion currently and is projected to reach some $100 billion by 2025. Amid the increasing demand and the rising number of global ventures in the industry, there are also strict regulations, which vary by country, for the proper labeling of tetrahydrocannabinol (THC) and cannabidiol (CBD) values to ensure the therapeutic benefits and safety of cannabis for medical uses. THC is the principal psychoactive constituent of cannabis, while CBD is an active essential component derived from the hemp plant.

Israeli cannabis tech startup GemmaCert is one of the few players in the testing field, having developed personal kits to test the active ingredients in cannabis. The devices, the GemmaCert and the GemmaCert Lite, analyze the total THC and CBD levels in a sample of cannabis, including levels in ground cannabis, dry flower buds, and CBD oil.

The GemmaCert is the company’s flagship product, at $4,000, and won the prestigious iF Design Award in the Medicine and Health category in Hamburg, Germany last year. The GemmaCert Lite, meanwhile, is intended for small cannabis businesses and grower operations and sells at a lower price point of $2,500.

Both products allow for in-house analysis before formal and binding testing and can identify optimal harvest time. Results are obtained in approximately five minutes and communicated directly to the GemmaCert mobile app.

Last month, GemmaCert launched a new feature to determine the composition and potency of cannabis throughout the entire supply chain, from the initial plant harvest up through the raw extraction right before the cannabis is turned into a final product.

“Basically around the world, our particular focus is cannabis quality, which obviously has many uses, and by improving the quality of the product itself, we contribute to the health and well-being of the individuals and communities which are using it and depending on it,” Dr. Guy Setton, co-founder and CEO of GemmaCert, tells NoCamels.

“With natural products, such as herbal medications and specifically cannabis, no two flowers are the same,” Setton explains. “There are hundreds of active ingredients in cannabis, and they’re not necessarily all present in the same levels, if at all, in each flower.”

GemmaCert has one of the world’s largest reference databases of cannabis flower spectra with over 250,000 data points, which allows for quality control and product development based on thousands of flower samples. Advanced mathematical and statistical tools are used to conduct analysis of the samples.

“Bringing together these technologies is what enables us to address the specific challenges that cannabis presents when it comes to quality control,” Setton says.

Israel has been at the forefront of cannabis research since the 1960s when Professor Raphael Mechoulam at the Hebrew University of Jerusalem became the first researcher – in 1964 – to isolate and synthesize delta-9-tetrahydrocannabinol, or THC.

GemmaCert’s technology is based on research first conducted at the Hebrew University by Professor Oded Shoseyov. The company was founded in 2015 in Raanana by Yissum, the university’s technology transfer company.

The cannabis industry has grown by leaps and bounds over the past decade. Both the recreational and medical sectors have witnessed significant changes – and progress – in recent years, with new ventures popping up globally. Cannabis has also become more accepted as a potentially effective treatment for some conditions.

In Israel, the government is working on a plan to advance a series of reforms to ease restrictions on the recreational and medical uses of cannabis. This comes months after it finally gave the official green light to launch medical cannabis exports, paving the way for the country to bring in an estimated $1 billion in revenue per year.

As part of the reforms, the Israeli Health Ministry is expected to require Israeli cannabis companies to add a barcode or QR code to packaging, for doctors and patients to ensure potency before use.