Lightricks’ success is proving that the Start-Up Nation is more than the shiny high-rises of Tel Aviv hi-tech. 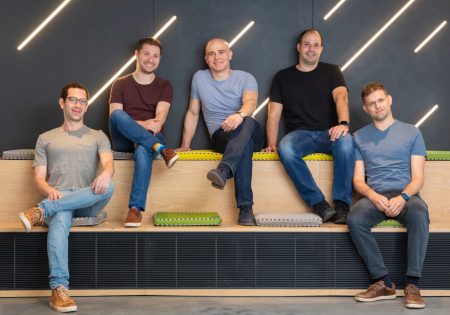 Hidden away among the converted, old student dorms of the Hebrew University of Jerusalem is a thriving start-up making waves far beyond its modest surroundings.

Founded in January 2013 by four PhD students and a Supreme Court clerk, Lightricks has built an arsenal of mobile content creation applications that are enjoying global success and proving that the Start-Up Nation is about far more than the shiny high-rises and fancy offices of Tel Aviv’s hi-tech community.

The company’s apps appeal to a wide range of potential users: aspiring artists, small business owners seeking independent marketing material and, of course, the vast community of social media users wishing to engage with their creative side.

Now boasting subsidiaries in New York and London, Lightricks is enjoying rapid growth. It concluded 2018 with more than $50 million in revenues and projects to triple its earnings this year. Lightricks also recently secured a second round of funding worth $60 million and, within two years, it wants to boost its workforce from 170 to 500 employees.

“We believe that Jerusalem is a city with a lot of potential, not only historical or religious potential, but can be a blooming and flourishing hi-tech ecosystem,” Lightricks cofounder and CEO Ze’ev Farbman told The Jerusalem Post. “Once we had enough cash to hire two rooms here within the campus we did that, and it was an obvious decision. I think a lot of people in Israel under-appreciate the amount of talent that Hebrew University produces.”

“We’re talking about hundreds of computer science undergraduates starting their degrees every year,” Farbman said. “The big challenge for us is to retain the talent in Jerusalem, but most of our employees are Hebrew University graduates and, so far, we are cautiously optimistic about how it’s going to work out.”

The company also utilizes the talent emerging from Jerusalem’s Bezalel Academy of Arts and Design, with an expected 40 interns due to join the company this summer as it continues to scale up operations.

“One of the things that really excites us about the future is to what degree artificial intelligence and machine learning can help to automate mundane tasks of content creation,” said Farbman. “What we’re going to see is that a lot of the professional workflows are going to be made simple enough to offload them to mobile and non-professional users.”

Lightricks’s business model backs up Farbman’s ambition to “democratize creativity,” with all its apps free to download. Users, should they wish, can pay monthly or annually for additional functionality.

“We realized that most tools available on desktop are really complicated, and people need to learn for a few months until they can actually create something meaningful,” cofounder and CTO Yaron Inger told the Post. “Then the mobile era emerged and a lot of apps that were far more simple became very popular. We looked at these apps and realized that we can take our knowledge from academia, combine it with a better user experience and great product design, and bring a lot of value to people by just creating products that are easy to use, but produce really great results.”

Asked whether the company aspires to eventually replace costly, professional image editing platforms like Adobe Lightroom and Photoshop, Farbman expressed his hope that they will be able to co-exist peacefully.

“We are going to push the envelope of what users are able to do on their own devices,” Farbman said.