Originally appeared in the Times of Israel.

Though no new manuscripts found so far, archaeologists are hopeful after unearthing objects at Qumran used in the storage of ancient scripts 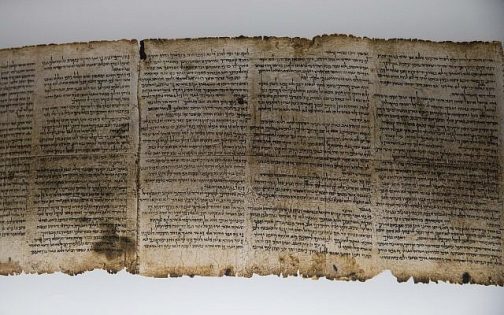 An illustrative photo from May 2, 2018, of Dead Sea Scrolls displayed at the Shrine of the Book at the Israel Museum in Jerusalem. (Hadas Parush/Flash90)

Archaeologists believe a pair of recently discovered caves at the site where the Dead Sea Scrolls were found may contain additional religious texts from antiquity.

Though no new manuscripts have yet been unearthed in the newly discovered caves at Qumran, archaeologists have discovered a number of objects indicating scrolls were stored there, among them jars, wrappings, and possible scroll fragments.

“This cave was robbed by Bedouins maybe 40 years ago,” archaeologist Randall Price explained to National Geographic, referring to one of two caves known as 53b and 53c.

“Fortunately for us, they didn’t dig very deep. Our hope is that if we keep digging, we hit the mother lode,” he added. 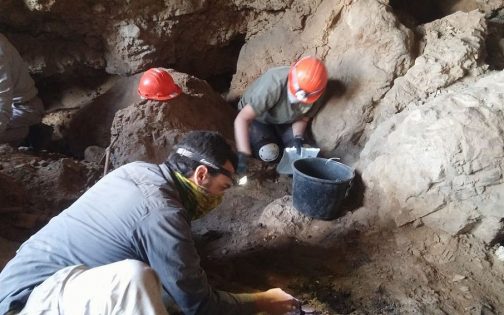 Price, a professor Liberty University, is leading the dig at Qumran along with Oren Gutfeld of the Hebrew University of Jerusalem.

The two were part of a team last year that discovered Cave 53, the twelfth such cave of its kind to be found at Qumran, and though no scrolls were found there, researchers found a blank piece parchment and storage jars identical to those discovered in other caves at Qumran.

Next to that cave, archaeologists uncovered Cave 53b in January and came across a bronze cooking pot dating to the first century BCE and a nearly intact oil lamp from the Hellenistic-Hasmonean period.

They also found pottery such as storage vessels, cups, and cooking pots, as well as pieces of textiles, braided ropes, and string.

“The significance of this discovery involves the new evidence it provides that the caves south of Qumran represent sealed loci, despite the attempts by Bedouin to loot these sites,” Price and Gutfeld wrote in an abstract to a paper for the American Schools for Oriental Research.

Price told the Live Science website they have not yet examined all of the pottery found in 53b and therefore do not yet know if scrolls were stored there. 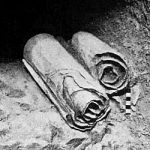 Two scrolls from the Dead Sea Scrolls lie at their location in the Qumran Caves before being removed for scholarly examination by archaeologists. (public domain via wikipedia)

The Dead Sea Scrolls, a collection of 2,000-year-old Hebrew and Aramaic scrolls, were found 70 years ago by a Bedouin shepherd in cliffs near the Dead Sea. In total, 900 manuscripts and up to 50,000 fragments were uncovered in 11 caves.

They are believed to have been written sometime between 150 BCE and the destruction of the Second Temple during the Roman conquest in 70 CE by the Essenes, an ascetic sect from that period.

Since 1967, the State of Israel has been the repository for the vast majority of the scrolls.

The Museum of the Bible in the US announced last month that five Dead Sea Scroll fragments from its collection were proven forgeries. In the wake of similar accusations, other global institutions and private collectors are now likewise struggling with how to address their own questionable fragments.

Read More
COMING SOON TO A CIRCUIT NEAR YOU: Hebrew University Inches Closer to Harnessing DNA Molecules for Disease Detection and Electronics

(Jerusalem, September 15, 2020)—We all know that DNA molecules express heredity through genetic information. However, in the past few years, […]

The new lab, based out of Jerusalem’s Hebrew University, will enable researchers to study live samples of viruses and find […]