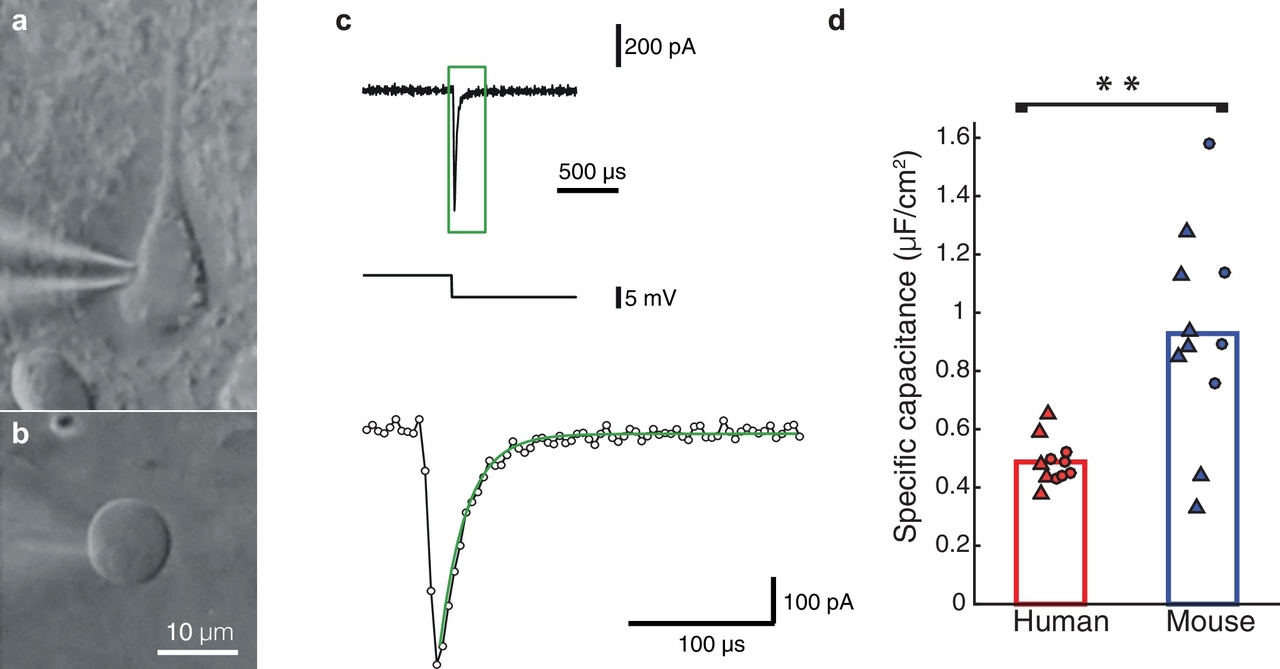 However, scientists have yet to determine whether there are important differences at the biophysical level of the basic building blocks of the human neocortex, the pyramidal neurons. Do these cells possess unique biophysical properties that might impact on cortical computations?

To answer this question, a theoretical team led by Prof. Idan Segev from the Hebrew University of Jerusalem, working with experimental colleagues at Vrije Universiteit Amsterdam and Instituto Cajal in Madrid, built detailed 3D models of pyramidal cells from the human temporal neocortex. These first-ever detailed models of human neurons were based on in vitro intracellular physiological and anatomical data from human cells.

(To collect this data, fresh cortical tissue was obtained from brain operations at a neurosurgical department in Amsterdam, and additional data was obtained from light-microscope studies in pyramidal cells from post mortem studies at the Cajal Institute in Madrid.)

“This is the first direct evidence for the unique electrical properties of human neurons,” said researcher Guy Eyal, a Ph.D. student at the Hebrew University’s Department of Neurobiology. “Our finding shows that low membrane capacitance significantly improves the efficacy of signal processing and the speed of communication within and between cortical neurons in the human neocortex, as compared to rodents.”

“The results of this work imply that human cortical neurons are efficient electrical microchips, compensating for the larger brain and large cells in humans, and processing sensory information more effectively,” said Prof. Idan Segev from the Department of Neurobiology and the Edmond and Lily Safra Center for Brain Sciences at the Hebrew University. “Indeed, the study shows that already at the level of the individual building blocks of the nervous system (the nerve cells), humans are distinct as compared to rodents. More research should be performed in this direction on non-human primates.”

The researchers suggest the distinctive biophysical membrane properties of human pyramidal neurons are an outcome of evolutionary pressure to compensate for the increase in size and distances in the human brain.

FUNDING: Prof. Idan Segev’s research was supported by grant agreement no. 604102 ‘Human Brain Project’ and by a grant from the Gatsby Charitable Foundation. See research paper for other funders.