Pope Francis together with Scholas Global Directors meets Hebrew University leaders to sign an agreement for working together in an education program for the encounter between youth of various religions.

Hebrew University’s Truman Institute together with Scholas Occurrentes Educational Organization established by Pope Francis, are developing a conference and a program on “Culture of Encounter through Education” in Jerusalem 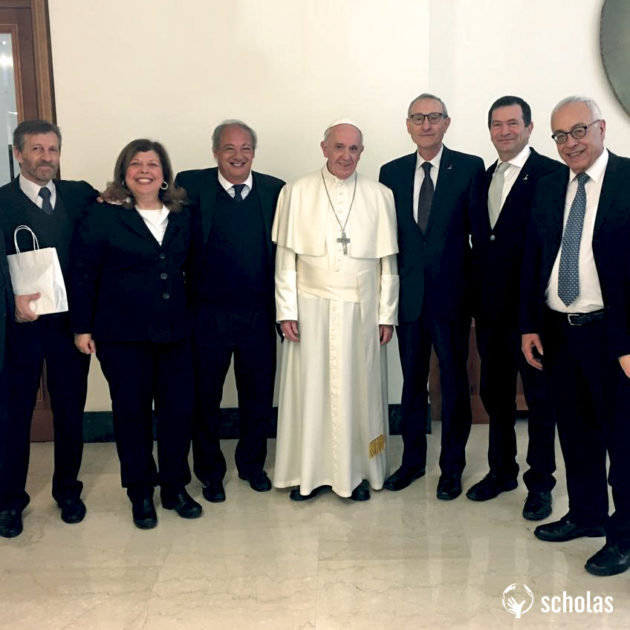 Vatican City and Jerusalem, February 8, 2017 — His Holiness Pope Francis, in his residence Santa Marta, along with Scholas President, José María del Corral and Scholas Secretary and Global Director, Enrique Palmeyro, received Prof. Menahem Ben-Sasson, President of the Hebrew University of Jerusalem, and the heads of Hebrew University’s Truman Institute. During the meeting an agreement was signed between the Hebrew University and Scholas to hold a conference and a program with Pope Francis’ support in Jerusalem later this year that will promote civic opportunities and dialogue for peace among young people from the Middle East and around the world.

The international conference hosted by the Pontifical Scholas Occurentes Chairs and the Harry S. Truman Research Institute for the Advancement of Peace at the Hebrew University will take place in summer, and bring together youth, educators and academics to Jerusalem under the banner of “The Culture of Encounter Through Education.” The conference will be developed by Scholas Occurentes and the Truman Institute.

Representatives of prestigious international academic institutions from different parts of the world, as well as organizations dealing with social issues and researchers from around the world will join the young participants at the Hebrew University to discuss the promotion of peace and a better future, and the role of academia in social action. 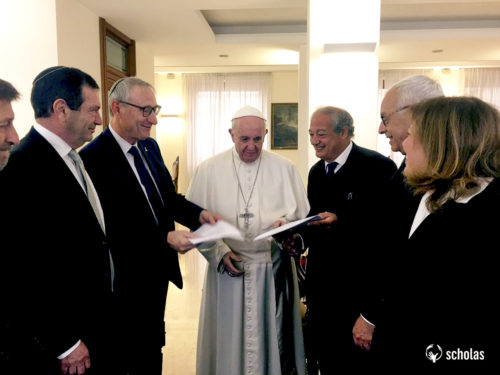 Pope Francis said: “Religion can bring us together and teach us to create the bonds of friendship. With the intuition of Scholas and the intelligence and history of the Hebrew University, I am sure that this will produce great changes in the world.”

Prof. Menahem Ben-Sasson, President of the Hebrew University of Jerusalem, said: “The Hebrew University and its Truman Institute are excited to work with Pope Francis and Scholas to foster encounters between young people, academia, and the real world, towards progress and peace. This project is aimed at building a better future for the world.”

Prof. Menahem Blondheim, Director of the Truman Institute, pointed to the Institute’s belief that “religion, and its idealistic notions of world harmony, can serve as a major force for peace, in contrast to conventional depictions of religion as an obstacle to peace.“

Prof. José María del Corral, Scholas Global Director and Worldwide President of Scholas Occurrentes, thanked Pope Francis “for his 20 years supporting Scholas initiative that began gathering young Muslim, Catholic and Jewish students, to turn them into the real protagonists of change for a better world, which is now present as a network in 190 countries.”

Today’s meeting had an unprecedented friendly atmosphere and a pleasant climate where anecdotes, jokes and reflections were shared as well as a common hope. Prior to this meeting, in Vatican City, the President of the Hebrew University of Jerusalem, Professor Menahem Ben-Sasson and Scholas Occurrentes President, José María del Corral, signed an academic agreement through which both institutions will work for the common cause of turning the encounter into an educational experience and generating a transformation in young people through technology, sports and arts. 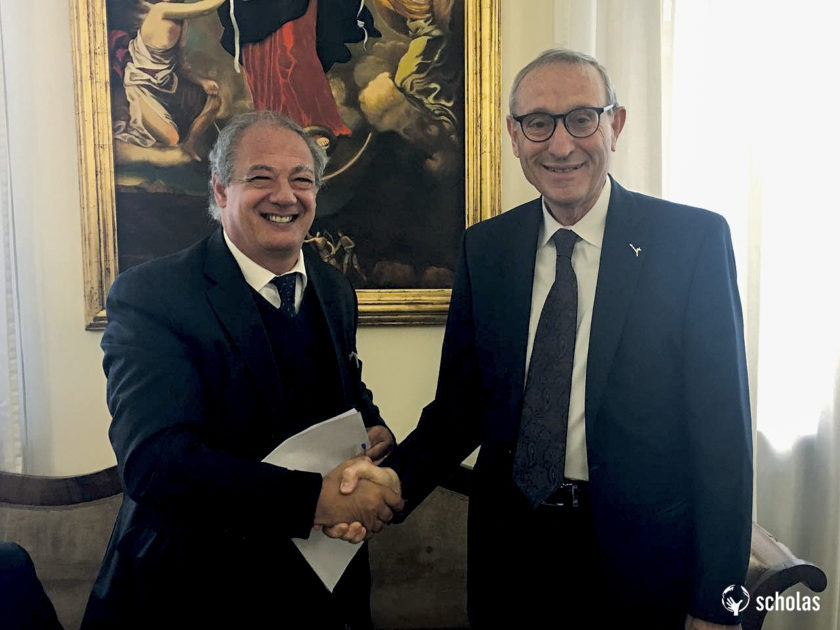 The President of the Hebrew University of Jerusalem, Professor Menahem Ben-Sasson (R) and Scholas Occurrentes President, José María del Corral, after the signature of the academic agreement.

Scholas Occurrentes (http://web.scholasoccurrentes.org/en) is an international educational organization founded by Pope Francis when he was Archbishop of Buenos Aires. Once elected Pontiff, the program was adopted as a global youth project of the Vatican, to educate young people in the commitment for the common good.

The Hebrew University’s Truman Institute (http://truman.huji.ac.il) is the first and largest research institute in the Middle East to examine conflict resolution and propose peaceful solutions for the region. The Institute fosters understanding, discussion and debate on the challenges facing Israelis and Palestinians and the citizens of the developing world.