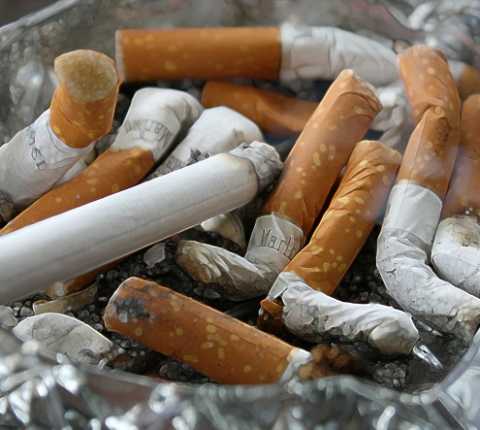 Study of 30,000 soldiers from 1987 to 2011 found that during compulsory military service, smoking increased by almost 40%. Researchers: comprehensive military tobacco-control plans are needed.

In new research published in the peer-reviewed journal Nicotine & Tobacco Research, researchers found that cigarette smoking increased by almost 40% during compulsory military service in the Israel Defense Forces (IDF). In a systematic sample of nearly 30,000 soldiers from 1987 to 2011, the prevalence of smoking grew from 26.2% at recruitment to 36.5% at discharge, a 39.4% increase.

The researchers, from Tel Aviv University, the University of Haifa, and the Hebrew University of Jerusalem, in cooperation with the IDF Medical Corps, say the increased smoking prevalence among military personnel, and the increase during military service, should act as a wake-up call to governments and health systems in countries lacking strong military tobacco control policies.

The research was conducted by Dr. Laura Rosen of the School of Public Health at Tel Aviv University; Dr. Hagai Levine from the Hebrew University-Hadassah Braun School of Public and Community Medicine; Dr. Salman Zarka from the University of Haifa; and Vladi Rozhavski, Tamar Sela, Dr. Yael Bar-Ze’ev, and Dr. Vered Molina-Hazan from the IDF Medical Corps. It was funded by the Israel National Institute for Health Policy Research.

A tobacco control plan in the army is desperately needed

Nearly a fifth of nonsmoking new recruits initiated smoking during service, and over half of former smokers relapsed to smoking. Because 50%– 65% of smokers die prematurely from smoking-related causes, the ongoing and future damage is enormous. The large increase in smoking during service, combined with high subsequent mortality of smokers, suggests that military tobacco control policy affects long-term survival of military personnel, and is an important contributor to population-wide mortality in countries such as Israel where a large percentage of individuals serve.

Dr. Laura Rosen, Chair of the Department of Health Promotion in the School of Public Health at Tel Aviv University’s Sackler Faculty of Medicine, said: “The use of tobacco harms IDF soldiers and security in general. The government and the Ministry of Health need to cooperate with the IDF, in order to reduce the number of soldiers who start smoking, to encourage soldiers to quit smoking, and to protect non-smokers from exposure to cigarette smoke. We should take an example from the United States, which conducted extensive changes to the smoking policy in its military, to protect its soldiers and to improve the readiness and performance of its combat units. ”

Dr. Hagai Levine, Head of the Environmental Health Track at the Hebrew University-Hadassah Braun School of Public Health and Community Medicine, said: “The increase we found in the rate of smoking during compulsory military service is of great concern in light of the serious consequences for public health. We must concentrate our efforts in the war against smoking in order to protect the health of young men and women, and to coordinate civilian and military efforts in order to fight smoking throughout the life course. I hope that the IDF will adopt similar measures to those implemented successfully in other armies.”

The investigators recommend the creation of a central tobacco control body with comprehensive tobacco control policy, similar to programs in the U.S. military. The following steps are recommended: enforcement of smoking bans in public areas; prevention of supply of free or reduced-cost cigarettes to soldiers; prevention and treatment of tobacco dependence tailored for the military environment; monitoring of personal and army-wide smoking status.

The investigators also recommend that commanders disseminate health messages and no-smoking messages through personal example, particularly in combat units and during combat operations. A special program should target former smokers, given the high chance of returning to smoking. Special attention should be paid to those who score higher in their recruitment profiles, who often end up serving in combat units where the smoking rate is higher.

The dramatic increase in smoking during military service presents a window of opportunity for changes in health behaviors, and suggests a need for a multi-year war on tobacco among soldiers, in order to protect their health and military fitness. The study also showed that smoking is already problem prior to recruitment, which adds urgency to the call for national efforts to prevent smoking initiation, which could be coordinated with the Ministries of Education and Defense.