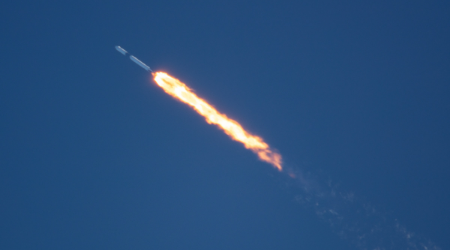 The Hebrew University – In Space!

A joint Israeli-Italian nanosatellite has been launched into space – with a Hebrew University experiment on board!

Following a series of delays, the Israeli nanosatellite DIDO III was successfully launched from French Guiana on September 3, 2020. Manufactured by SpacePharma, the satellite is equipped with a tiny laboratory and will conduct four medical, biological, and chemical experiments aimed at learning about diseases and their prevention – all in zero gravity. Each experiment was carefully planned by a joint team of Israeli and Italian scientists. Israel’s Ministry of Science and Technology announced that the scientists will conduct their experiment in an independent, accessible, and safe fashion – entirely remotely.

One on-board experiment is being run by Prof. Itamar Willner from the Hebrew University’s Institute of Chemistry and Prof. Alessandro Desideri from the Faculty of Biology at Tor Vergata University in Rome. Their experiment will examine changes to DNA structure and function in space. This project’s experiments will shed light on how micro-gravity affects the structure and traits of G4 proteins, and the importance to biological processes.

Prof. Sara Eyal, who is involved with the launching of experiments into orbit, viewed the launch from the SpacePharma offices in Israel. She said, “It was an amazing moment, seeing the scientists’ and engineers’ year-long efforts being launched into space. It’s amazing to think that a Hebrew University experiment is orbiting Earth, establishing space medicine as a new field at the University.”

The experiments’ results will be transmitted to the SpacePharma station in Switzerland and then delivered to the scientists in Israel, where the data will be analyzed. Based on the results, the scientists will conduct further experiments onboard the DIDO III. Concurrently, identical experiments will be carried out on earth. The researchers believe that the difference between the two sets of experiments will reveal new information that could lead to significant breakthroughs.