Originally appeared in The Jerusalem Post by Hillel Fuld. 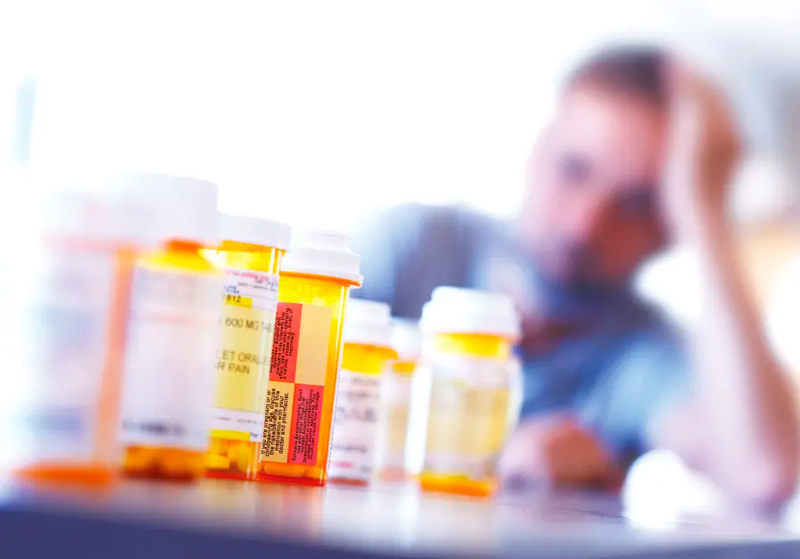 Some estimates say more than 300 million people throughout the world suffer from major depression.

If you read this column or if you have read my previous articles, you might have noticed a pattern. What does a robot for the elderly, a platform for global volunteering, and a 3D hologram technology for surgeons have in common? Impact, that’s what. Global impact. These are all Israeli companies focused on building impactful technology that is making the world a better place.

Genetika+ is no different, except that it is, for two main reasons. The first is that the company is taking on a problem a whole lot more taboo than the companies I’ve previously featured. The second is that they are only just beginning and have a long road ahead of them. But even though their solution is not on the market quite yet, I thought it was important to highlight it, both for its significance and because this company, once again, illustrates just how impactful Israeli technology is on a global scale.

Mental health is a topic that many people discuss, but one which few people like to talk about. More than 300 million people suffer from major depression. Robin Williams, Marilyn Monroe and Anthony Bourdain are just some of the amazing people who we have lost to this terrible disease. I am sure whoever you are and wherever you are reading these words, you know someone suffering from depression or other mental illnesses.

In the US alone, 17.3 million individuals suffered a depressive episode in 2017, 7.1% of the population. Up to 15% of these people will commit suicide in their lifetime. To treat depression, a physician might choose between one of more than 70 different medications. A third of the time, a patient will not respond after two rounds of different drug treatments. Those patients are referred to as “non-responders.” As each drug takes weeks or months to test, patients lose months to years of their lives looking for the right drug, and costing US healthcare providers $26.1 billion annually.

The first step in solving any problem was to dissect it, which is exactly what the founders of Genetika+ did. The key problem in treating depression, as they explained it to me, is that while drugs are available for depression, the patients are not getting the drugs that are optimal for them.

Can you imagine seeing your doctor for a headache or a cold, only to be told that he has no idea what the right medicine is for you and that you should experiment with a few to know which one works? Shouldn’t that test be happening in a lab rather than in your body?

Genetika+ is developing a personalized test to help physicians choose the right drug for each patient. To do this for the first time, the company is taking a patient’s blood sample and generating their cell-based screening platform for each patient and testing each drug test against this model. They combine this with the patient’s genetic background and patient history to provide a reliable and accurate prediction of which drug is right for the patient. Initially, Genetika+ will be selling its test to US-based physicians but then intends to expand to other countries. The company is also developing pipelines with pharmaceutical partnerships for accompanying drug development.

Now healthcare is a tough industry in general, and like I said, the company has a long road ahead. Having said that, like any venture, it is important to see what the market is doing, who the competitors are, and in the case of Genetika+, the market is, as we say in the tech world, ripe for disruption.

Competitors are focused on genetic markers which tell you which drugs the liver can process but not what is going on in the patient’s brain. Their success rate in clinical trials stands at only 15%. Genetika+ is providing a more comprehensive solution by combining genetic background with patient history, and their biological readouts.

The company has raised an initial $1.4 million in funding from Meron Capital, Jumpspeed Ventures, Sapir Venture Partners, one angel – Howard Morgan, founder of First Round Capital in the US – and most recently, the Israel Innovation Authority. They are based in the BioGiv facilities of the Hebrew University campus where a retrospective clinical trial to demonstrate their patient outcomes is underway. They will conclude this retrospective clinical trial by the end of 2020 and aim to enter the market at the start of 2021.

The founding team of Genetika+ is comprised of two women who have chosen to make their lives in Israel. Dr. Daphna Laifenfeld returned after a successful career and 10 years in the US, and Dr. Talia Cohen Solal made aliyah from New York in 2017. Cohen Solal told me, “The biotech environment in Israel has provided an amazing landscape in which to get our company off the ground.” Part of this included participating in MassChallenge, the world’s largest accelerator, based in Jerusalem, in which the company won the top prize in 2018. The team won first prize in three back-to-back major competitions (every competition they entered in the last year): MassChallenge, DigitalHealth.il, and BrainTech 2019.

If all of that was not enough, these two women have truly remarkable back stories.

Cohen Solal made her first scientific discoveries when she was 18 years old and working at the National Institute of Mental Health on the genetics of child-onset schizophrenia. After her undergraduate work at Oxford University, where she focused on neuroscience and genetics, Cohen Solal went on to discover new mechanisms underlying major mental illness during her PhD work at University College London. She then went on to her post-doctoral studies and career fellowship at Columbia University, winning over $1,500,000 of funding for her research, successfully developing two patents, discovering human disease processes and developing new therapeutic agents for major mental illnesses.

Laifenfeld, also passionate about mental health from the start, gained her PhD in neuroscience from Technion-Israel Institute of Technology in Haifa, looking at the neural mechanisms of depression. Later, she joined Harvard University as a junior faculty member and moved on to industry to become head of the diagnostics division at Selventa and open up its Israeli division. Most recently, she was the global head of personalized medicine for Teva Pharmaceuticals, having established the division with Iris Grossman in 2011. She has two patents filed and 20 publications to her name.

Drs. Cohen Solal and Laifenfeld founded Genetika+ based on their desire to translate the latest developments in technologies from academia to make patients’ lives better. Through family and dear friends, they have felt the difficulties and suffering of those searching for the right medication.

The declared mission of these remarkable women: Do whatever it takes to improve the lives of those suffering from major depression and other mental illnesses.

I look at a company like this and realize that despite all the hype around Israeli technology and Israel’s dominance in the business sector, it is founders like Drs. Cohen Solal and Laifenfeld who are truly dedicating their lives to making the world a better place.

That makes me proud once again to be a small part of this incredible ecosystem.

This is impact at its best!