Hebrew University Leads the Pack: More PhD Degrees to be Awarded this Year Than at Any Other Israeli University

Coinciding with 2019 Board of Governors, Weeklong Events to Focus on
Jerusalem’s High-Tech Arena

(Jerusalem, June 12, 2019)—As part of the Hebrew University of Jerusalem (HUJI)’s 82nd Board of Governors (BOG) meeting, 335 students will be awarded PhD degrees, more than at any other academic institution in Israel. The majority of new PhDs are in the Natural Sciences (72), Humanities (70) and Social Sciences (46) fields. Fifty-three percent of the recipients are men, and forty-seven percent are women. Last year, the University awarded 311 PhDs, with a peak 366 doctorates in 2012.

In addition to the PhD degrees, HUJI will be awarding honorary degrees and academic prizes to several prominent individuals and researchers. These include an Honorary Doctor of Philosophy for retired Supreme Court Justice Miriam Naor, the Samuel Rothberg Prize for the founder of Efrat and the Ohr Torah Stone educational network Rabbi Dr. Shlomo Riskin. The list also includes honorary degrees for Judea Pearl of the Daniel Pearl Foundation, for Germany’s Axel Springer media magnate Friede Springer, for Avichai Foundation Chair Mem Bernstein, and Israeli writer Meir Shalev, among others. 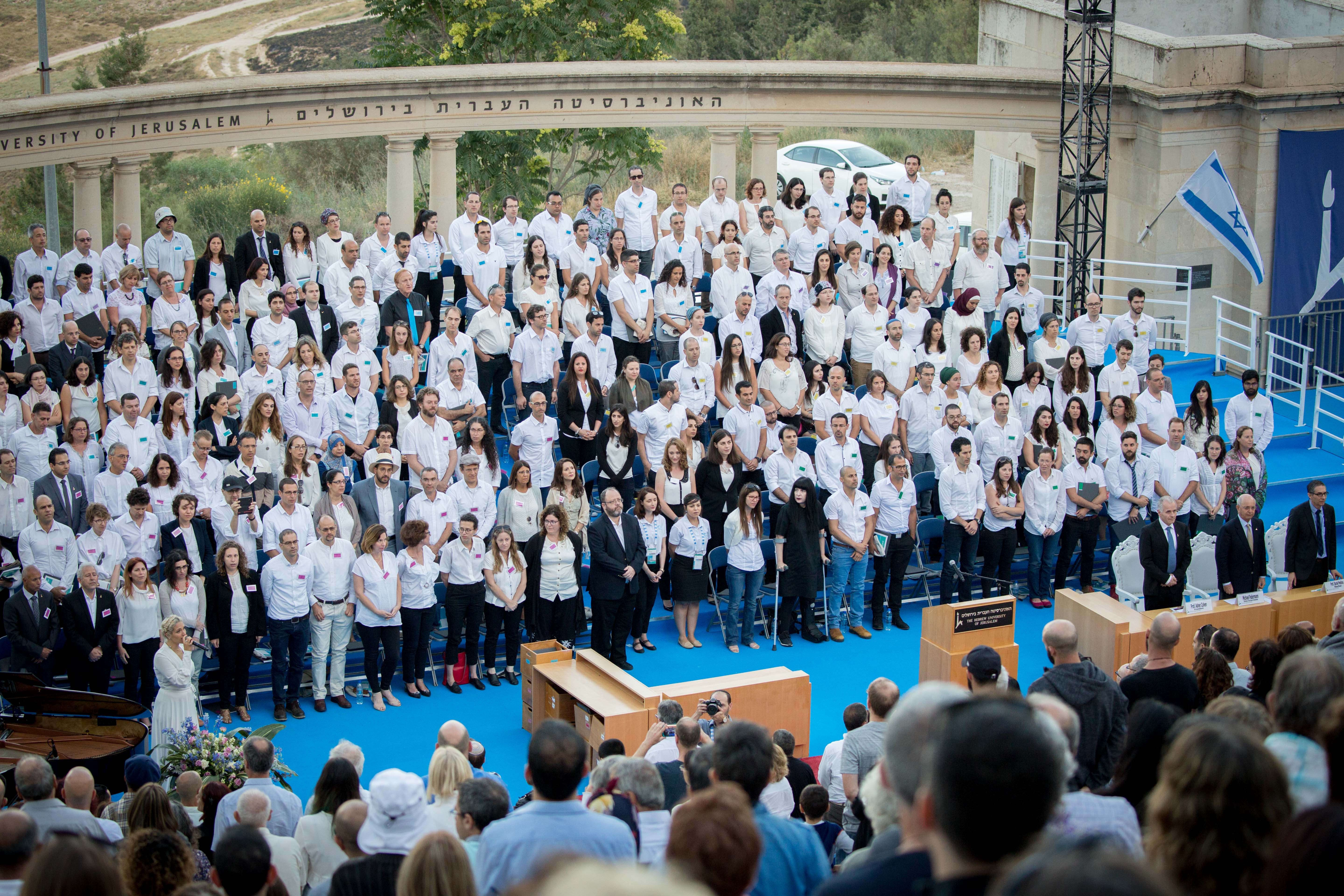 The upcoming BOG will provide our international participants an insider’s view of Jerusalem’s high-tech ecosystem, with a special focus on innovation in food- and agro-tech, nanoscience, and advances in the entrepreneurial sector. To cap the festivities, Mobileye founder and HUJI computer science professor Amnon Shashua will inaugurate the new Mobileye Building at HUJI’s Edmond J. Safra Campus.

As HUJI President Asher Cohen shared, “We see ourselves as creating the next generation of leaders that connect knowledge and innovation with industry. Our Board of Governors participants will have a front-row seat to the wonderful synergy of entrepreneurship and academia here in Jerusalem, as we celebrate our new doctorates and honor global and local leaders who advance science, social goals, law and learning and promote pluralism and peace.”